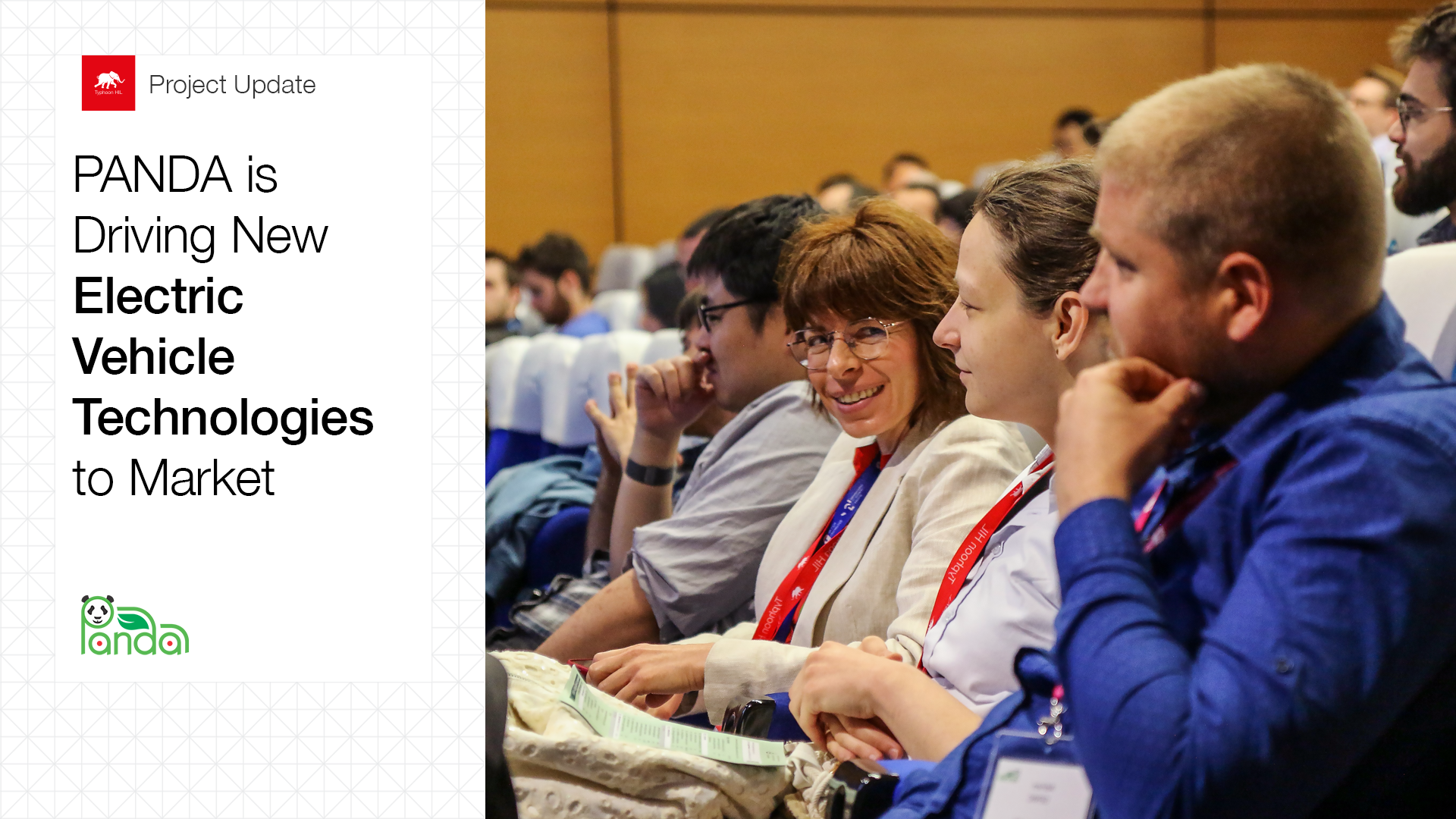 The e-mobility revolution is underway and traditional automotive development processes need to innovate to keep pace. While the traditional vehicle development processes are built for ensuring safe and consistent new products, they can be quite slow to adapt, particularly considering the fast pace of modern software development. The H2020 PANDA project sought to tackle this challenge, bringing flexible software-in-the-loop and hardware-in-the-loop solutions together in a clear framework that makes the existing process much more agile. With significant cost savings demonstrated and a spin-off company underway, the PANDA project is a perfect example of an industry and academia collaboration done right. 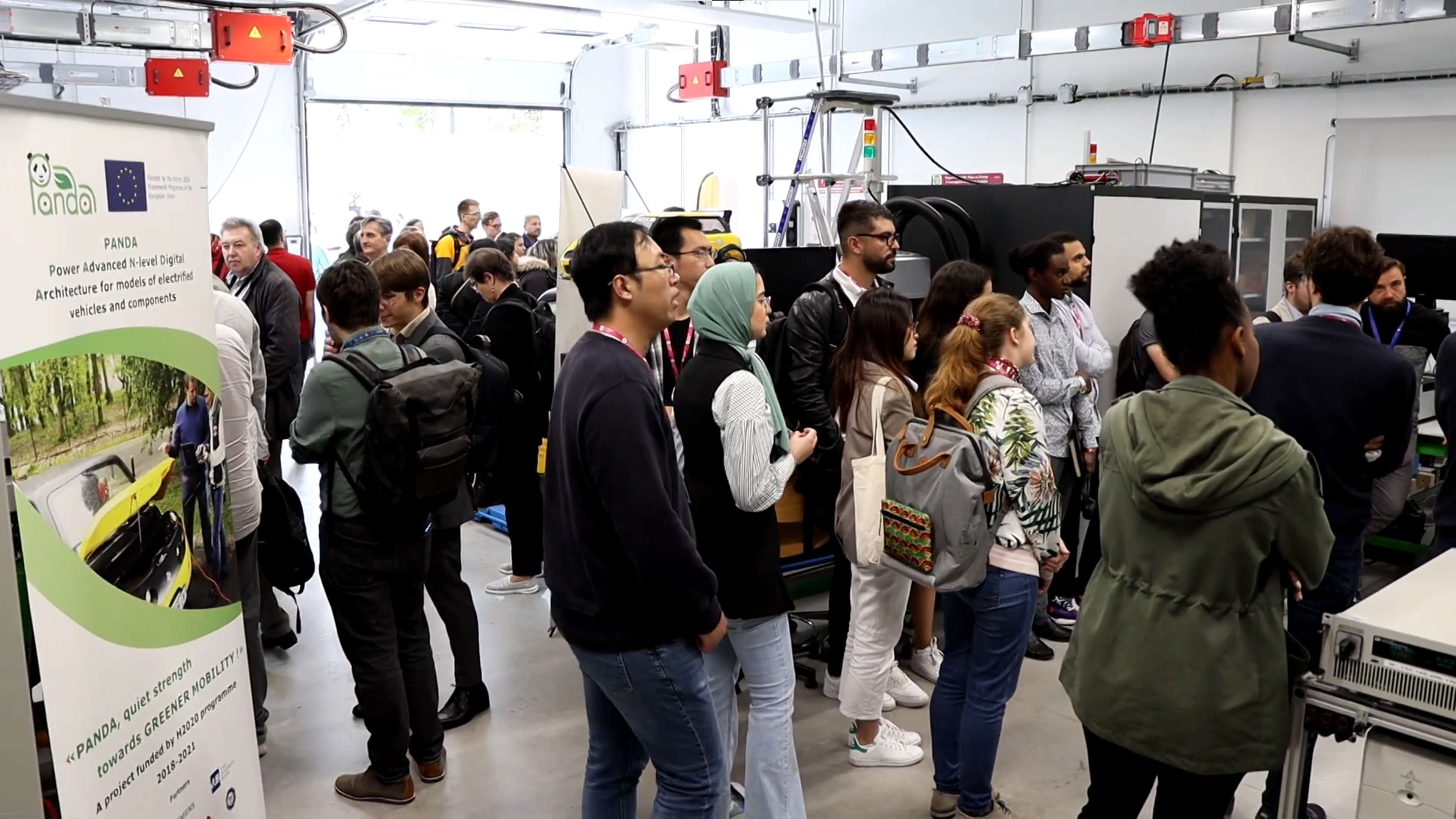 “PANDA is a team story. The right interactions give good work.

Perhaps it’s only fitting that the story of Typhoon HIL’s involvement in the PANDA project would start in a car. While riding across France in an old Volkswagen, the conversation would turn to the rigid nature of the V-curve development process in the industry. With such innovative methods for integrating and testing new technologies already on the market, why was it so slow for the automotive industry to adopt these solutions? How could we apply the rapid control development methodologies and the modular design philosophies commonly found in software and start bringing new electric vehicles (EVs) to market faster?

With time, these questions would coalesce into a project involving many actors in both industry and academia. SIEMENS would manage the cloud tests and mechanical models using its SIEMENS AMESIM software, Typhoon HIL solutions would manage the electrical systems and the Hardware-in-the-loop tests, and TUV SUD would support in specifying test profiles aligned with its certification expertise. The University of Lille and Prof. Alain Bouscayrol would coordinate the technical activity of the project and manage the cloud-based testing, together with Universitatea Technica Cluj-Napoca, Vrije Universiteit Brussels, and UBFC. The industry would also play a critical role, with Renault and Valeo supporting with vehicle models and electric drives, and Bluways supporting with their battery systems. Finally, Dr. Willem van Dorp of Uniresearch would expertly steer PANDA to its goals as the coordinator of the project. 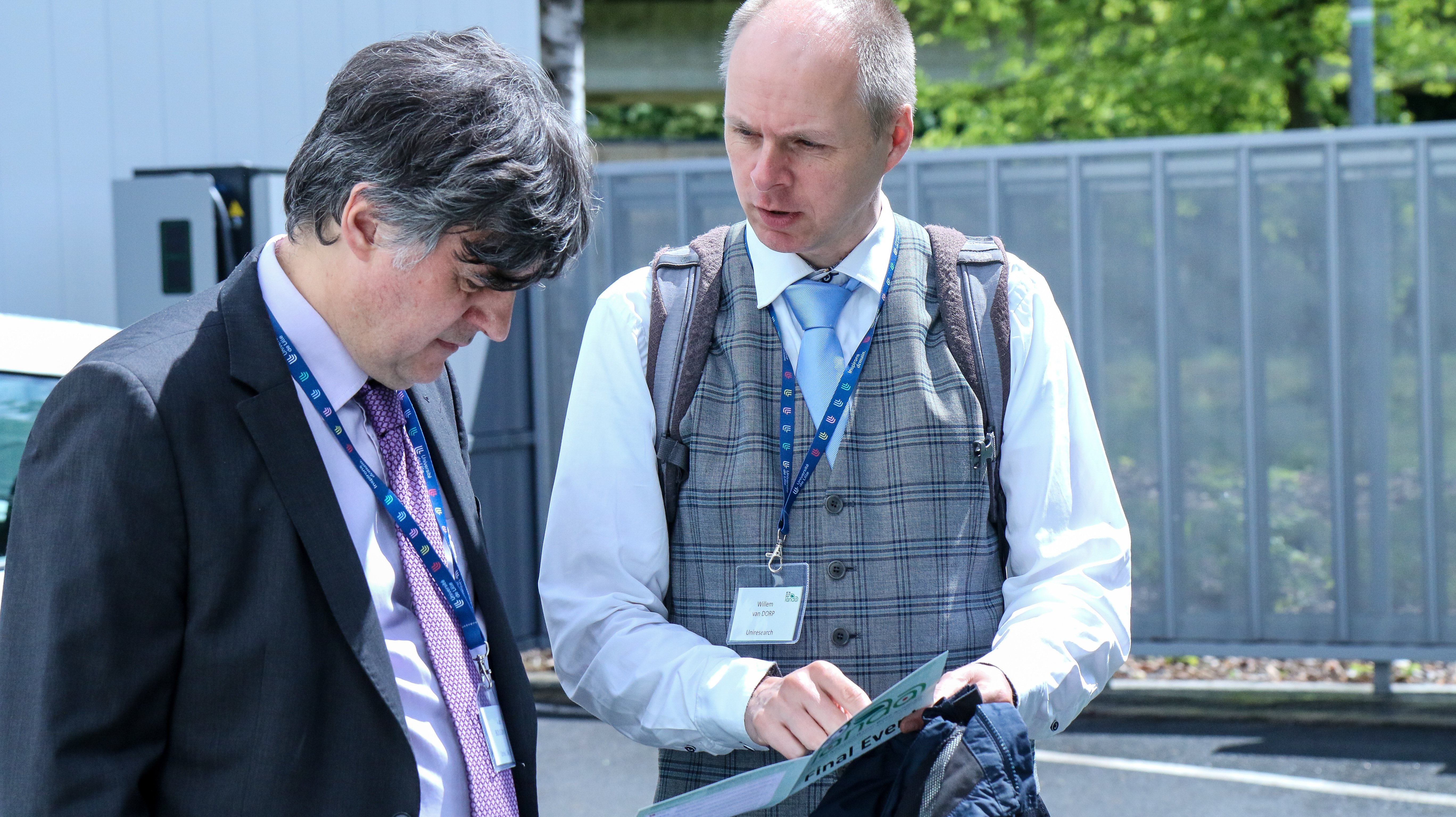 “In all the projects we have done, this is the most impact we have had so far.

The Power of the EMR Framework

One of the key concepts driving PANDA is the Energetic Macroscopic Representation (EMR) framework. This framework greatly simplifies the modeling of complex electromechanical drives by organizing model components as interconnected subsystems. In doing so, inputs and outputs from each sub-system are standardized and represented graphically, making it much easier to update and improve individual sub-systems in parallel. Integrating protected or black-box models also becomes much easier- if the inputs and outputs of the considered subsystem are clearly defined within a vehicle model, then the modeling of that subsystem can easily be updated or upgraded without needing to overhaul the entire vehicle.

“EMR clearly settles the inputs and the outputs, and you can easily interconnect the subsystem and the simulated part, it was a totally new thing!

This interchangeability played a central role in one of the key accomplishments of the PANDA project: the Cloud-based Power-hardware-in-the-loop tests of the battery and e-drive systems. Thanks to the EMR framework, the full-vehicle model could be easily split into two components: the mechanical system model (managed in the cloud with SIEMENS AMESIM) and the electrical system model (managed in the HIL testbeds provided by Typhoon HIL). The physical device under test (e.g., the battery or electric drive system) could also be easily swapped in and out, as it too is represented by a sub-system in the EMR framework. Running tests in this way allowed each industry provider to play to their strengths and easily communicate modeling needs, which reduced the total time for competitive analysis and technical definition of a new and optimized EV design solution by 46%. Beyond this, a wider variety of test cases could be covered prior to tests with the final prototype. 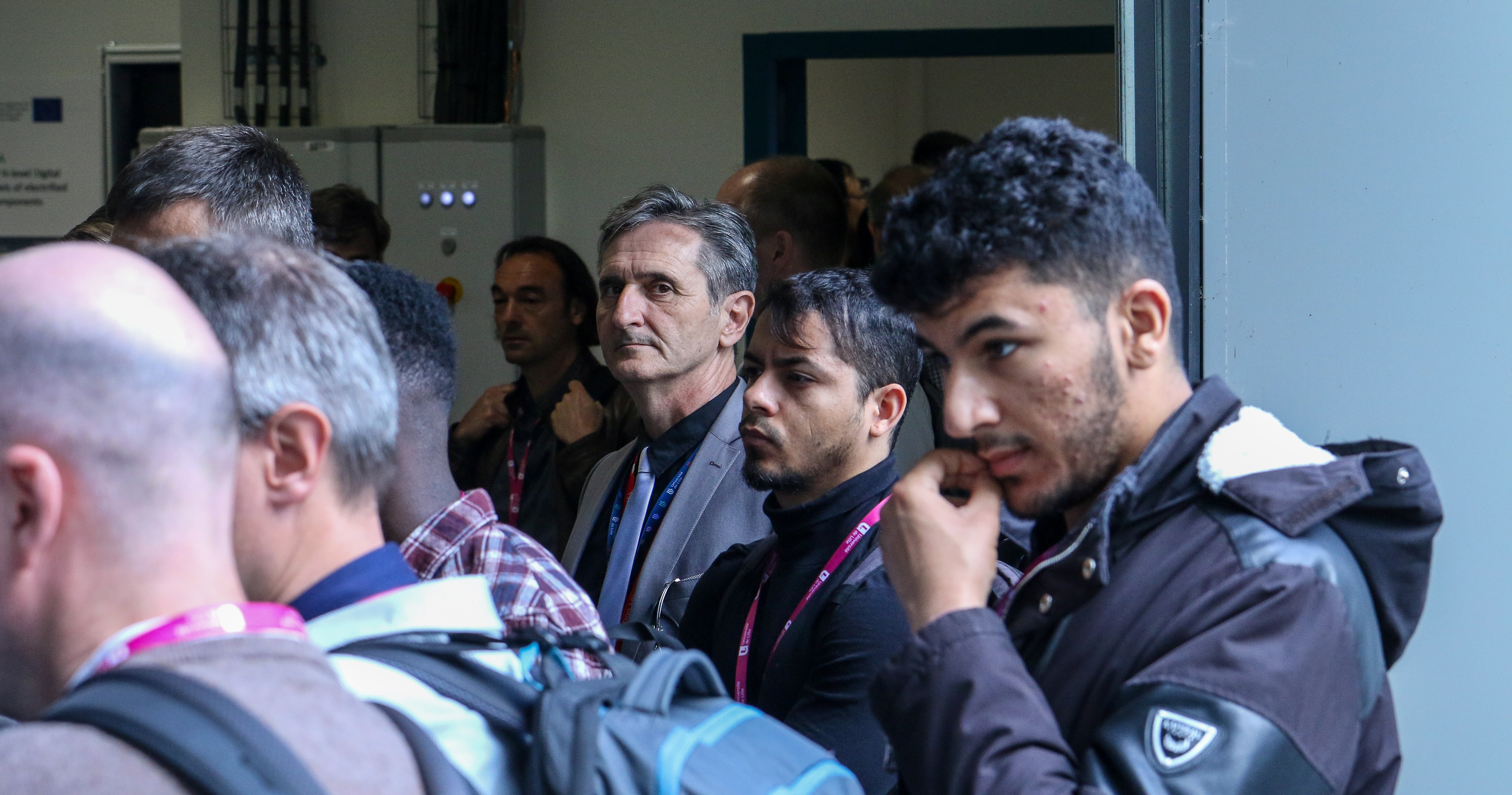 “It’s important to work with industry, to interact with industry. We have the connection in the cloud, and it's given a lot of opportunity and it shows that it is the basis of future collaboration. What is important: is we cannot work alone.

This agile and integrated development process saved a lot of time and costs over classical approaches. With improved integration and testing models, the number of full vehicle prototypes could be reduced from 3 to 1, saving up to 60% in costs and 50% in e-drive development time, thanks in part to replacing physical tests with HIL tests. Even after accounting for additional training in the EMR framework, the PANDA results demonstrated an expected reduction of the lead time for new vehicle development by up to 25%, using technology already on the market today. More than anything, PANDA has shown the power that a clear framework and collaborative spirit between industry and academia can have in driving new technologies to market.

“People are picking up what PANDA is about. It’s right now!

Try out the EMR Framework in Typhoon HIL Control Center.

See our other funded research activities.

The PANDA project has received funding from the European Union's Horizon 2020 research and innovation programme under grant agreement No 824256.