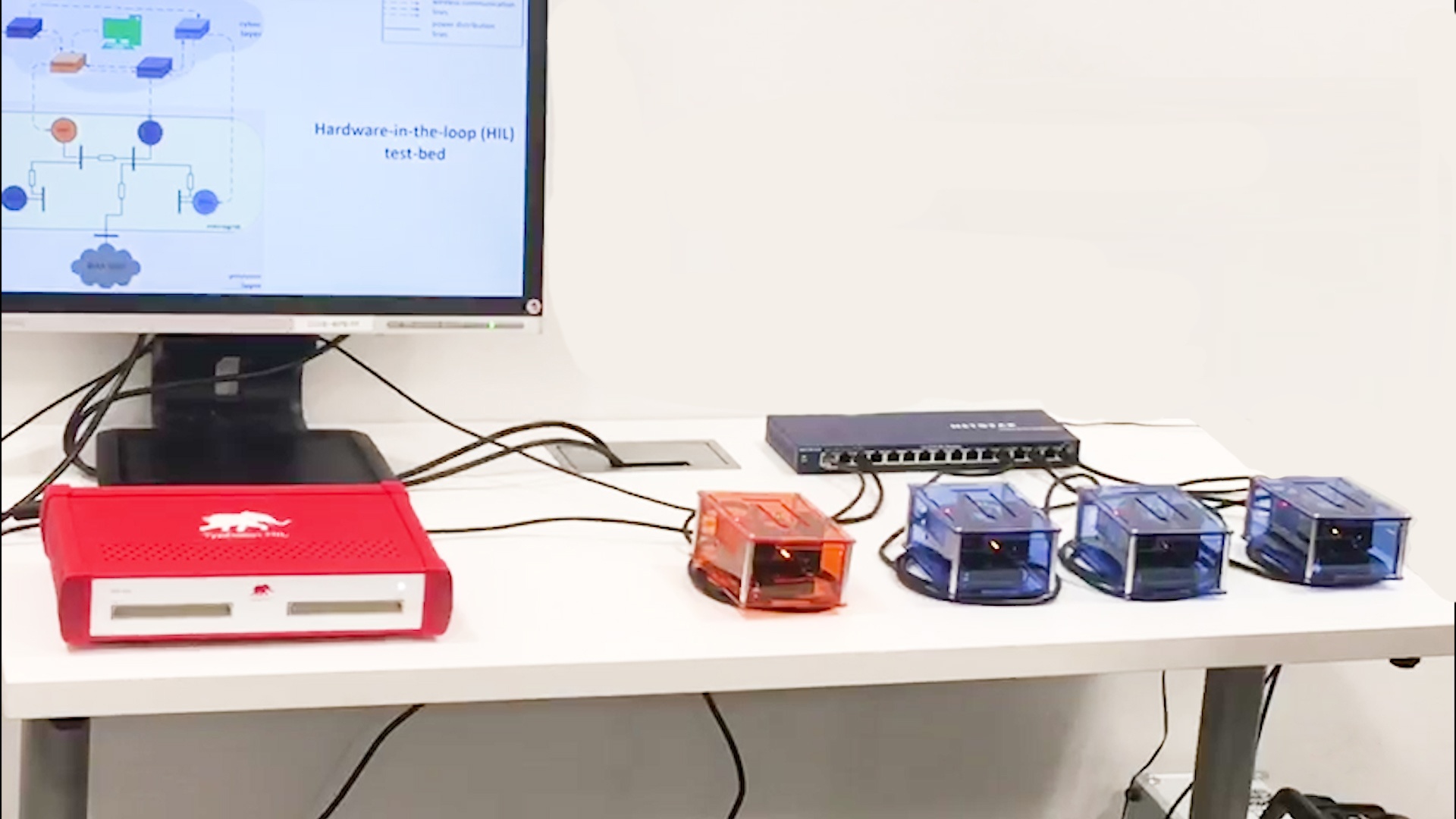 From Centralized to Distributed Microgrid

Today, most microgrids are controlled in a centralized fashion with standard master slave architecture. There is a central controller, which is the supervisory controller and is connected via point-to-point connection to every DER in the microgrid.

The distributed microgrid control demo comprises a Hardware-in-the-Loop testbed with multiple distributed controllers, one for each inverter used for the coordination of distributed energy resources (DER).  The demo shows a frequency regulation service provided to the bulk grid as an example.

In this Hardware-in-the-Loop testbed, an independent system operator sends a regulation signal to the aggregator, represented by the computer, every 2-4 seconds. Using this information, the aggregator determines the required total change in generation for the tie-line interchange to track the regulation signal. The aggregator then communicates this change to the leader which is represented by the orange-colored micro-controller. 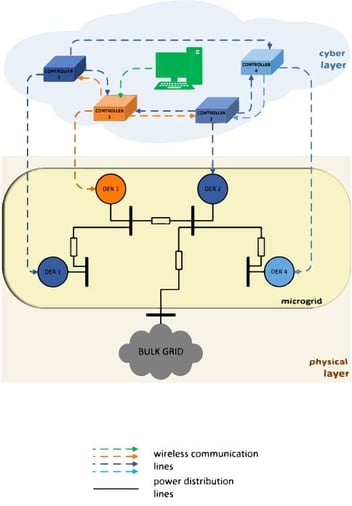 The physical layer consists of a microgrid, interconnected to a bulk power grid through a set of tie-lines. The microgrid has 4 inverter-interfaced DERs, with each controlled to deliver specified real power and reactive power injections to the system.  All is modeled and simulated on the Typhoon HIL402 real-time-simulator. The Typhoon HIL402 is used for high-fidelity modeling and real-time simulation of the physical layer. 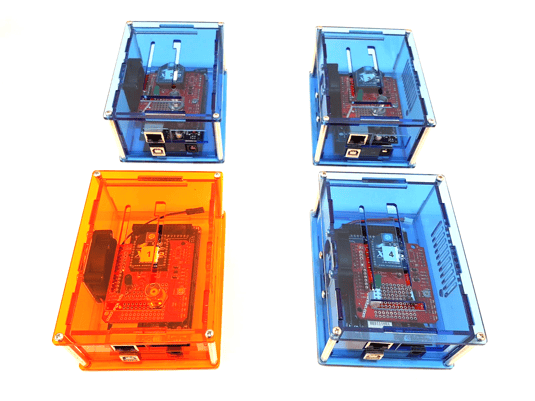 1) Determine the required change in total generation in the microgrid,

2) Distributively compute the optimal contribution of each DER to the required change in generation, and

3) Locally control each DER to change its generation accordingly.

Immediately, the leader node communicates this information to its neighbors. They communicate to their neighbors and this process is repeated by all the control devices until the distributed system asymptotically reaches consensus.