The Ship is a Microgrid (Part I): Why is this so hard to design and build? 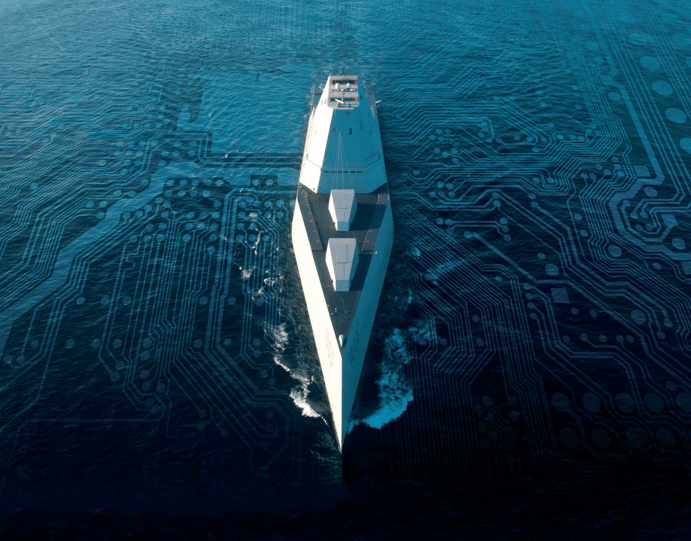 The ship is a microgrid with interconnected loads (propulsion, C4ISR, propulsion and auxiliary) and distributed energy resources (power generation, distribution and energy storage) acting as a controllable entity. This is not a new concept. However, it is one that is taking on far greater significance with the increasing electrification and computerized control of naval and merchant marine ships.

Put another way for Navy: If firing a laser aboard ship is complicated, then fighting the interconnected and computer controlled electric ship is orders of magnitude more complex. The effect of firing a laser is analogous to lights dimming and problems maintaining the Internet when lightning strikes. Fighting a future ship will involve firing multiple directed energy and electromagnetic weapons repeatedly; high power sensors “painting” the sky; electric drive motors executing evasive maneuvers; and all while maintaining the ability to fight fires, isolate damage and keep the computer network from dropping. The shipboard microgrid must remain stable while handling hundreds of lightning-strike like events in a short amount of time.

Building a microgrid platform like the one described and maintaining its readiness and capability over a 25-50 year lifespan, with constant repairs, replacements and upgrades of power electronic components, requires a new approach and game changing tools. The Digital Twin is the new approach and Typhoon HIL Hardware In the Loop technology is the game changer.

Typhoon HIL equipment, configured as a Marine Microgrid Testbed, provides the only testing and modeling solution that enables true real-time simulation of microgrid component interactions at system and sub-system levels required. In practical terms, our platform is capable of 500 ns simulation time steps with 20 ns data sampling rates. This best-in-class performance is achieved using purpose-built hardware with up to 128 cores of processing power programmed with a vertically integrated, easy-to-use and fully supported software tool chain designed specifically to fully utilize this massive processing power. Moreover, designers can draw upon our growing digital library of generic and COTS components to speed their effort while maintaining peerless analytical quality.