Merriam Webster’s Dictionary defines myth simply as “an idea or story that is believed by many people but that is not true”. Myths are not only the stuff of fairytales and bedtime stories. They also appear in engineering, even in power electronics. Let us now take a closer look at seven HIL402 myths and see how they stack up against reality. 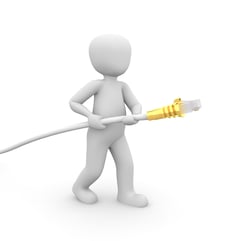 has 32 digital inputs with a 20 ns time resolution, which means that 32 fast switching devices can be controlled with high precision.

For example, a 3-level neutral-point-clamped (NPC) phase leg has 4 switches and a 3-phase back-to-back 3-level NPC inverter has 24 switches, which leaves another 8 fast switches to control protective switches, another 3-phase 2-level inverter or a rectifier.

With 16 analog outputs it is possible to measure 6 phase voltages, 6 phase currents and two DC-link voltages and still have 3 additional fast analog outputs to spare.

With a dedicated communication processor and built-in software, HIL402 can speak many languages and dialects of Modbus, IEC61850, TCP/IP, etc. This means at least two things:

- A practically unlimited number of IO channels from industrial automation devices can be introduced into the models running in real time on HIL402.
- HIL402 can communicate with protective relays and other power automation devices using IEC61850 protocol.

And that is not all. Special toolboxes, like Power System Toolbox and others, contain a wealth of components and devices that combine electrical, mechanical, thermal and other physical domains.

In theory, it is easy to read the Mathworks generated netlists and use them for HIL emulation. In practice, there are many mutually incompatible Mathworks releases in use worldwide and the new ones are released at least two times per year. At the same time, HIL technology is evolving with ever more powerful features which are being released continuously. This means that it is practically impossible to insure a 100% compatibility with Mathworks products that are out of the HIL vendor’s control.

In other words, HIL companies who care about their customers’ user experience build their own software toolchain.

That said, a partial import/export tool and open source netlist importer is on the horizon for some futher flexibility.

Myth #5: HIL402 is targeted at academic market only

HIL402 is an entry level device of the latest generation which is dramatically more powerful than its  game-changing predecessor HIL400. HIL400 was the first 1 µs single processor HIL device on the market.

HIL402 is a device that has extensive and versatile connectivity, built in SCADA, data acquisition, rapid control functionality, high performance IO, mechanical robustness and many other features… In other words, the DNA of champions.

Is this device then built for academic market only? Time will tell. 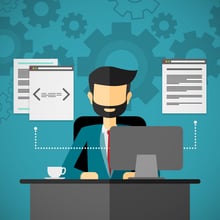 DA can be built up using the simple drag-and-drop technique, while most of its elements can be parameterized and many of its elements customized using the Python language while HIL emulation is in progress. No need to stop emulation, compile and restart. This is the benchmark of interactivity and user experience that is unique in the industry.

Additionally, HIL402 application interface allows full control of all HIL402 functions from Python testing scripts, turning HIL402 into a truly powerful automatic testing machine that will insure your control system test coverage is exceptional and your control system will perform brilliantly in every situation.

At ~18,000.00 for the Academic Bundle with a permanent software license and lifelong upgrades, HIL402 offers a power laboratory in a box together with data acquisition and rapid control prototyping functionalities.

At ~9,000.00 for a yearly software license, industrial customers get access to the leading HIL technology without the risk and cost associated with many competing offers.

Myth or reality, only you can decide.