Design Solutions When Your Vessel is a Microgrid 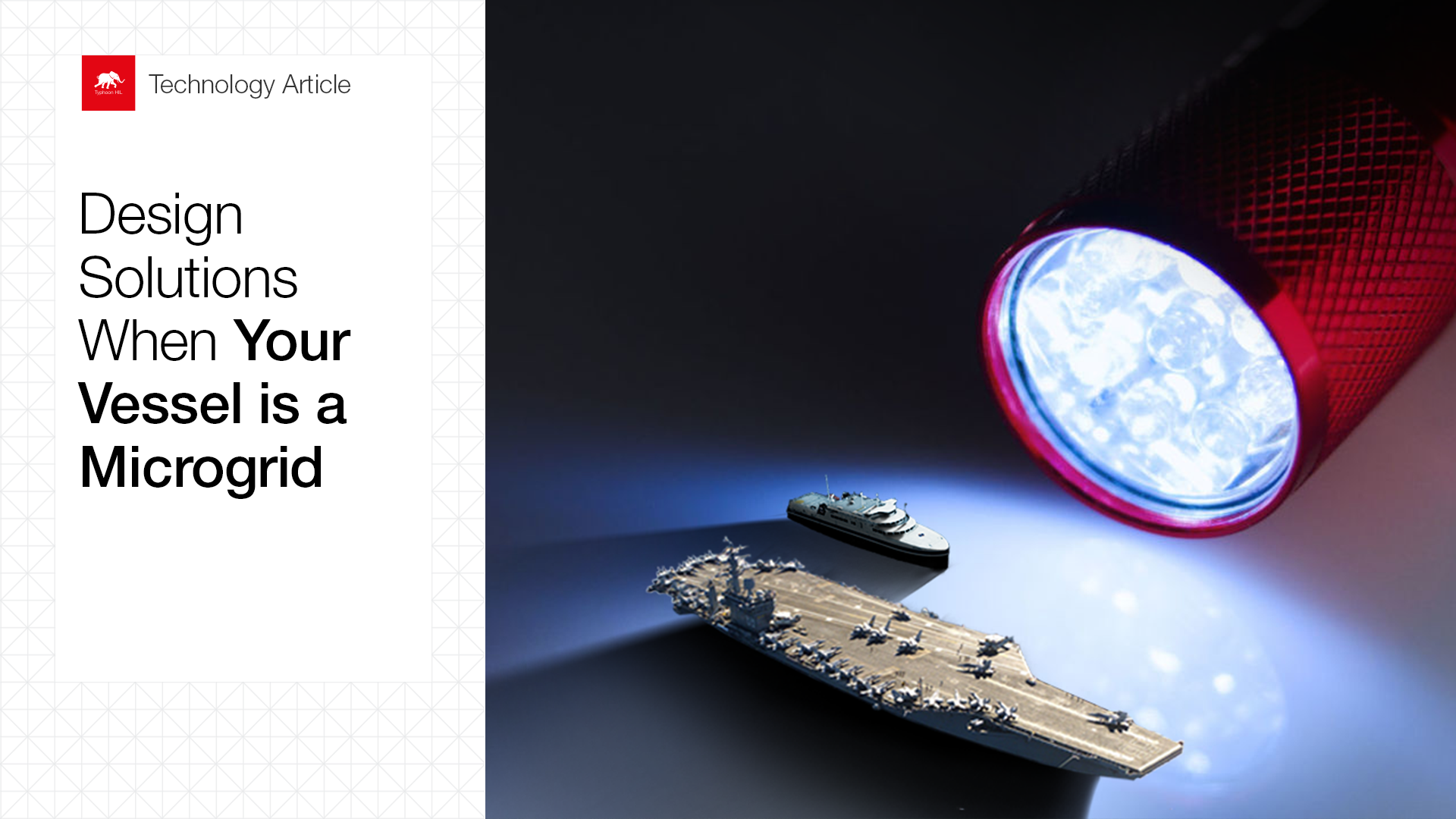 As vessels of all types and sizes become increasingly electrified and digitally controlled, new technology and solutions are required for systems/lifecycle engineering. This article describes Typhoon HIL’s Controller Hardware in the Loop (CHIL) solution and makes an argument for why the technology must be adopted for success.

Ships are microgrids. This isn’t a new idea; the perspective has never been more spot-on than today. We stand (sail!) at the intersection of environmental, economic, and industrial requirements that require, indeed mandate, significantly increased electrification, and digitalization (integrated computerized control and communication) of thousands of components aboard ship and ashore. Ships are “interconnected loads and distributed energy resources… that act as a single controllable entity… and which can be connected or disconnected from shore power (the grid)” – literally the IEEE definition of a microgrid. Having made the case, this article’s purpose is to introduce the engineering requirement for real-time modeling and simulation using Controller Hardware-In-the-Loop (CHIL) technology – if you want to be successful in designing, building, and operating modern microgrids, you need CHIL.

Model-Based Systems Engineering (MBSE) solutions are standard for ship design. No one would dream of constructing a ship without a Computer Aided Design and Computer Aided Manufacturing (CADCAM) capability. However, software-only design suites are not capable of testing multiple power electronic components (inverters and protection devices in particular) effectively because they do not have the requisite sub-microsecond fidelity for accurate simulations. Furthermore, modern integrated control systems are running literally hundreds of thousands of lines of code on a multitude of controllers. No MBSE solution provides an integrated approach to testing controller function. CHIL provides high fidelity by incorporating purpose-built FPGA computing devices for speed and the required capability for testing multiple controllers as a system. 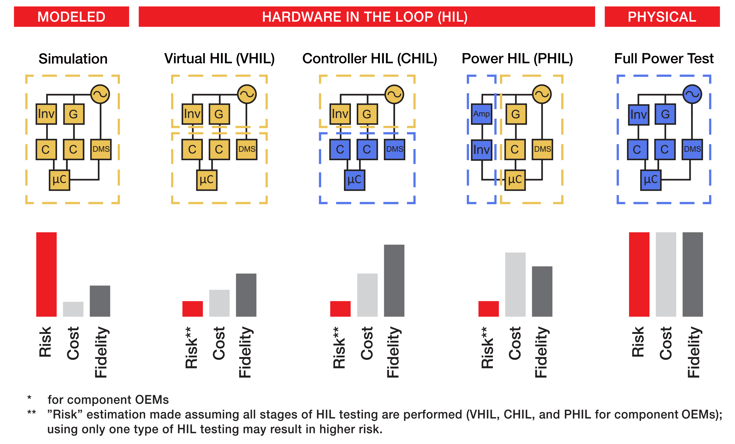 Figure 1. Hardware In the Loop (HIL) methodologies, where “blue” is a physical device and “yellow” is a modeled one.

Hardware In the Loop (HIL) is not a new technology: indeed, it comes in many “flavors” as depicted in Figure 1. With their intense safety-critical requirements, the automobile and aviation industries have been using the technology since the 90s. Here, Controller Hardware in the Loop (CHIL) testbeds comprise the numerous controllers on the vehicle together with modeled components. The systems, running actual software, are interfaced with purpose-built computing devices modeling combustion engines, hydraulic brakes, HVAC, and safety systems. The resulting CHIL Twins (digital twin, but with a nod to the controller being in the loop) are tested exhaustively in scenarios that include component failure (all simulated, so there is no risk of harm to personnel or equipment, and repeatable with a script or button push). In fact, safety standards like ISO 26262 lend themselves to this form of testing. 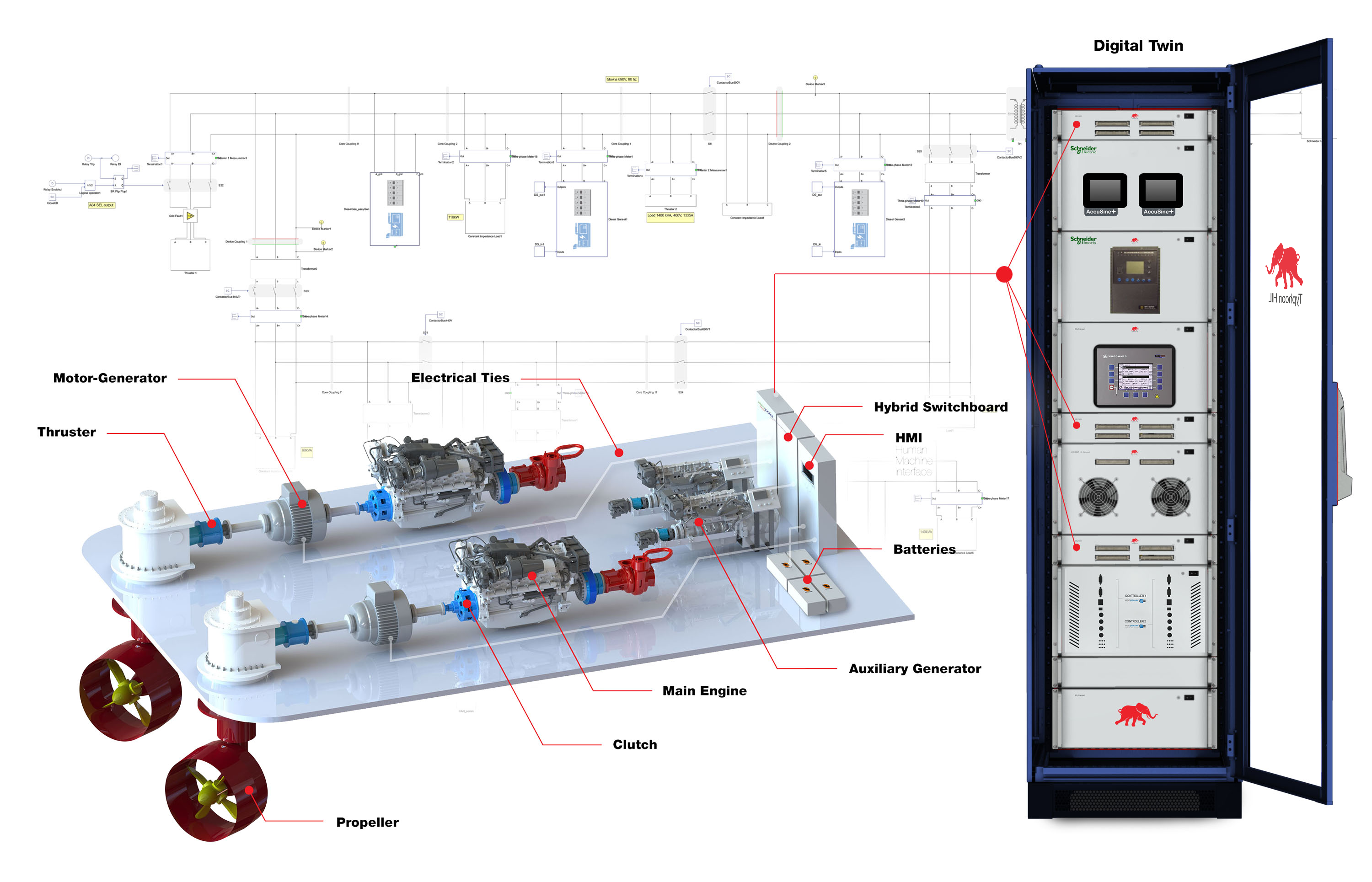 A HIL solution should have an all-virtual (VHIL) capability to support the early stages of the design process. However, modeled controllers are simply not accurate enough for final testing, validation, verification, and commissioning. Operator (configuration programming for instance), logic, and communication errors are too easily overlooked when a controller is modeled. The actual controller, running actual software, in the loop with other associated controllers, is the most effective way to test. Power Hardware in the Loop (PHIL) capability is also important, particularly to component OEMs. There is no substitute for full power testing of say an inverter, but once this is complete and the model of that device is validated, system integrators are best served by CHIL testbeds where sub-system and system testing is the focus, such as those in Figures 2 and 3. 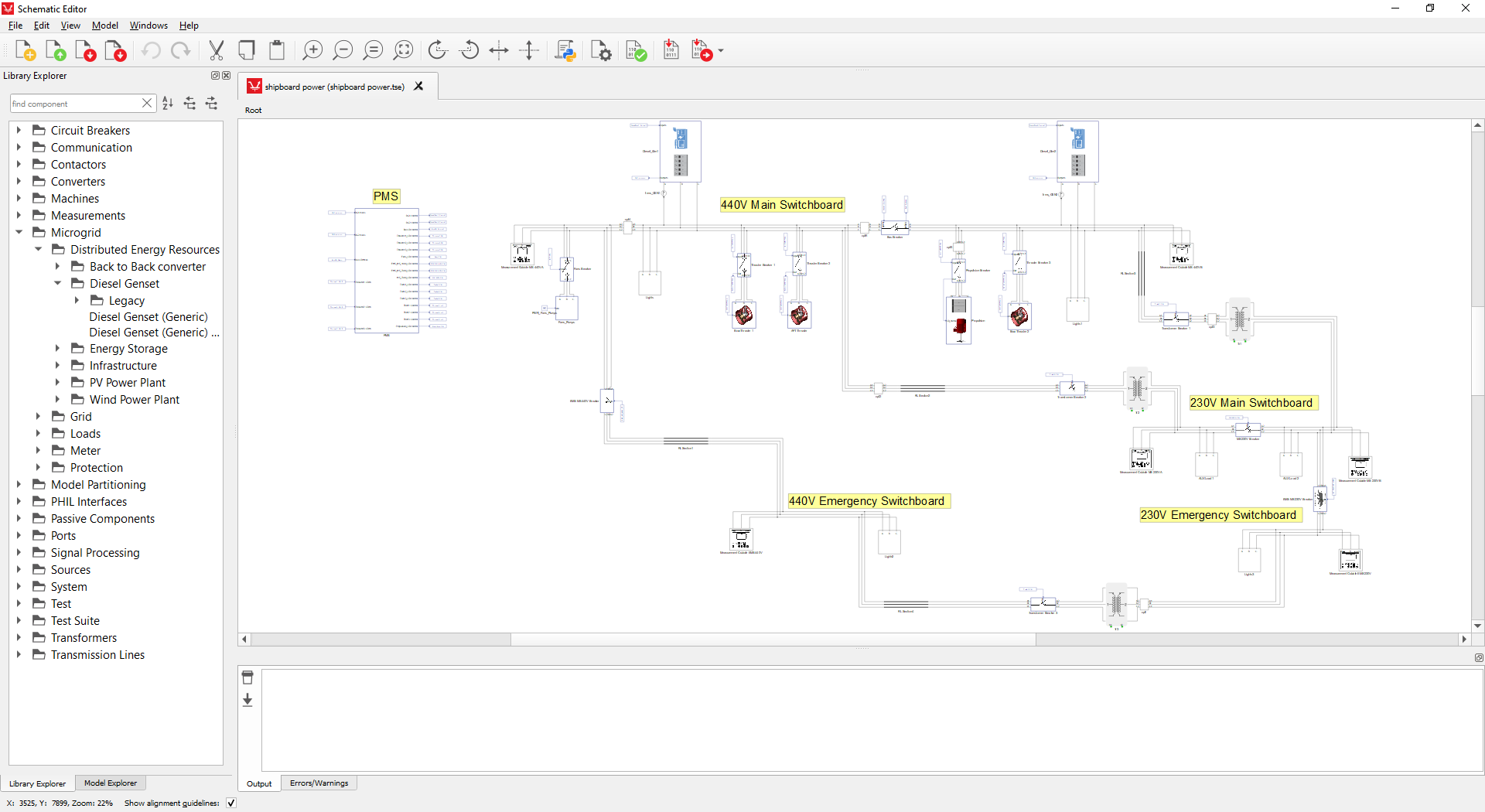 There is an alternative approach, but building an entire ship's integrated power system with advanced distribution and all loads as a test bench is prohibitively expensive and would require constant updates, repairs, and replacements over a ship’s lifecycle. Rather, a CHIL testbed may be built during development and design, used to support commissioning, and then updated to reflect characteristics of all ships in the class over time at a fraction of the cost and effort. The promise includes CHIL Twins aboard ships to enhance autonomous operation and resilience. These are exciting times for the industry!

Are you exploring adopting HIL in your work?
Contact us to schedule a free demo.