7 smart inverter tests you should get ready for 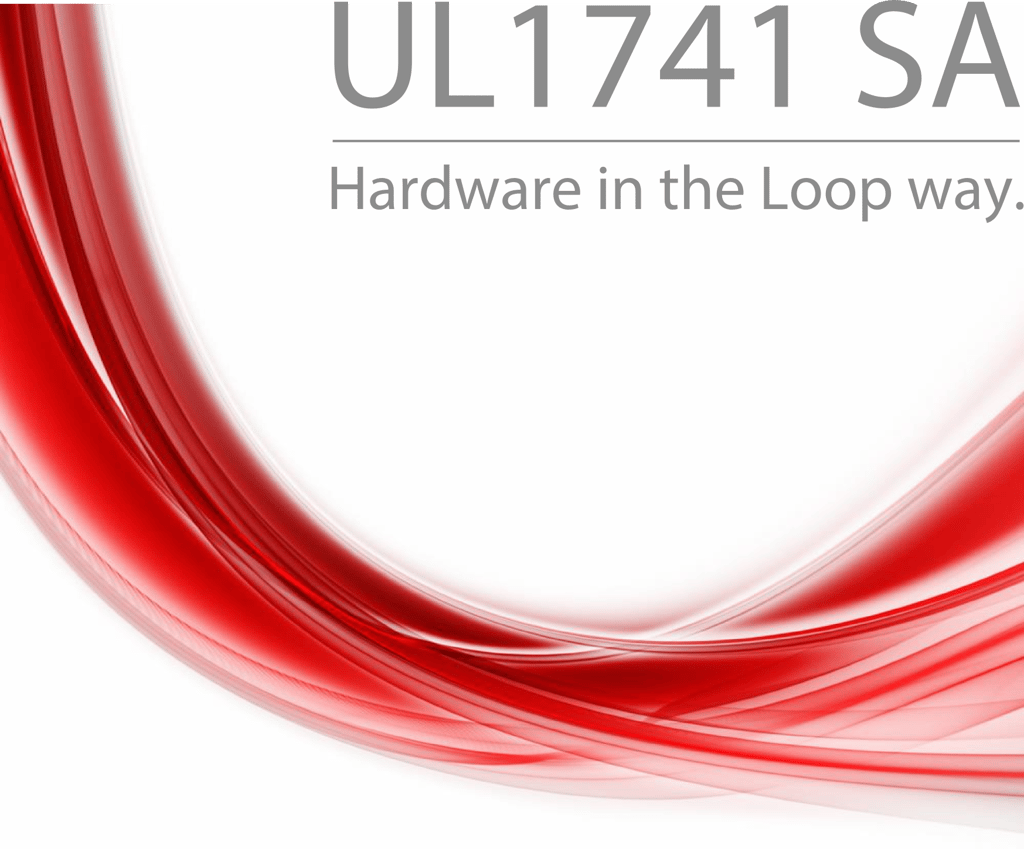 Interconnecting distributed energy resources (DER) to the grid, in the United States, requires compliance with a number of standards/grid codes, where three main ones are:

Since the existing versions of UL 1741 and IEEE 1547 (IEEE 1547-2003) were written prior to the development of smart inverters they were being revised in the end of 2016 to cover new grid support, utility-interactive inverters and converters. Revisions of UL1741 and IEEE 1547 came from California. Indeed, in early 2013 regulators at the California Public Utilities Commission (CPUC) and California Energy Commission (CEC) jointly convened the Smart Inverter Working Group (SIWG).

The CPUC approved the Phase 1 recommendations of the SIWG to require the 7 additional autonomous functions under the Rule 21, on December 18, 2014. Under the CPUC’s ruling, the effective date for these changes was set as the later of either December 31, 2015, or 12 months after UL 1741 is updated to accommodate SIWG’s Phase 1 recommendations.

In the end of 2016, UL officially published the updated UL1741 SA document, and with that the race began, to pass all the tests and certify our inverters before the one year mark expires.

Now, many manufacturers are still working on implementing the new standard. If you are still not sure what it includes, please read on.

UL1741 SA covers the compliance of grid interactive features, that are not covered in IEEE 1547, including but not limited to:

Here is a brief description of 7 key tests that a grid support utility-interactive inverter needs to pass.

The purpose of this test is to verify the behavior of the distributed energy resource (DER) in response to low and high voltage excursions that are outside the normal range of operation.

There are three types of inverter responses and six voltage regions, outside the near nominal operating regime, that need to be verified, namely: mandatory operation, momentary cessation (also referred to as gate blocking), and must trip.  Operating regions are shown in the figure below. 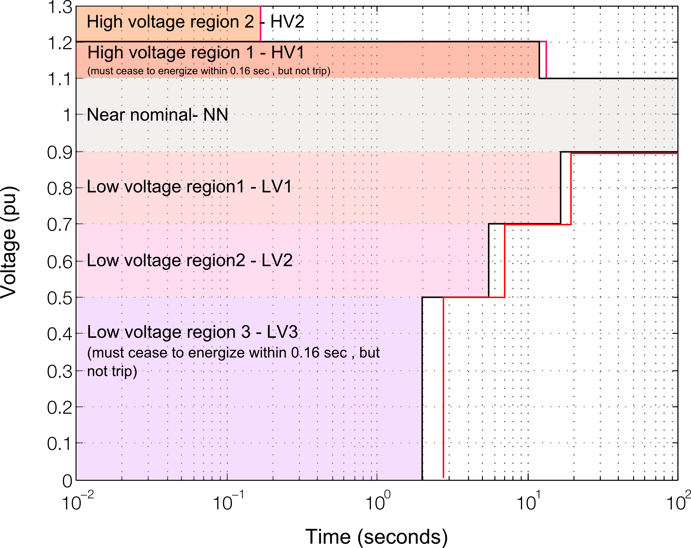 The purpose of this test is to verify the behavior of the distributed energy resource (DER) system in response to low and high-frequency excursions which are outside the normal range of operation of the grid the inverter is connected to.

Similarly to L/HVRT, in frequency ride through there are three types of inverter responses and five frequency regions, including near nominal operating regime, that need to be verified, namely: mandatory operation, momentary cessation (also referred to as gate blocking), and must trip.  Operating regions are shown in the figure below. 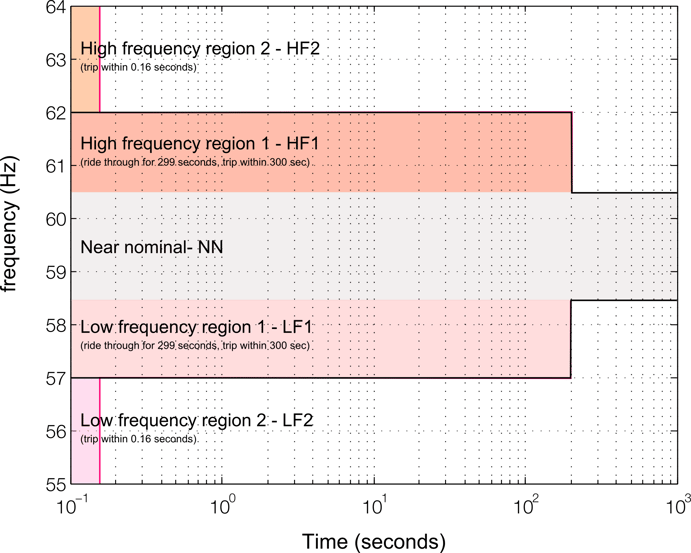 This test confirms that an inverter meets the required response characteristics for providing reactive power as a function of the grid voltage.

If the inverter is in fixed power mode with reactive power priority, and it reaches the apparent power limit it needs to reduce the active power factor in order to maintain reactive power output.

A typical W-VAr graph with key operating points against which the inverter output is checked is given in the figure below. 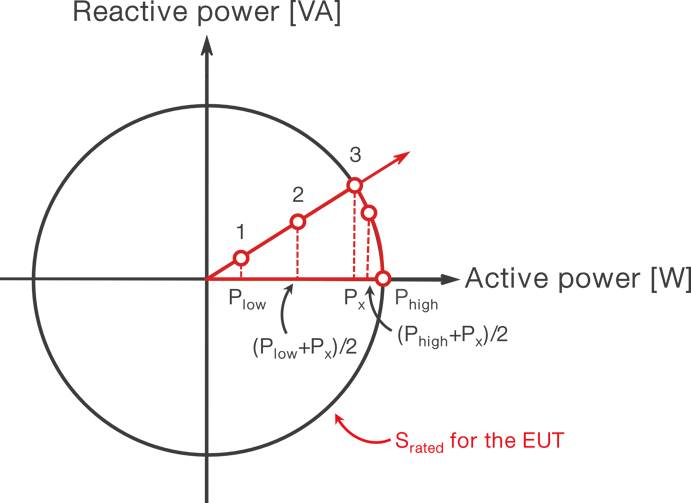 This test checks whether an inverter meets a given response characteristic for providing ramp rate responses for soft-start.

DER’s can change the rate at which they increase and/or decrease their power output.  These ramp rates are constrained by what the current level in the inverter can physically do. For instance, if they are outputting their maximum power, they can ramp down but cannot ramp up, while a completely charged storage system may discharge power into the grid but cannot draw power from the grid as it is already completely charged. 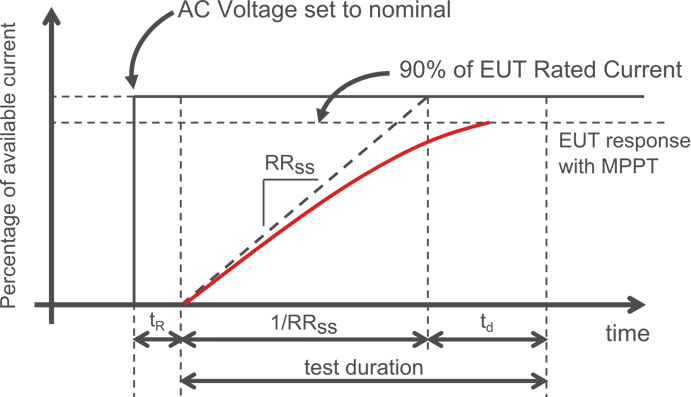 This test checks whether an inverter has correct ramp rate responses for both normal ramp-up and ramp-down rate commands. 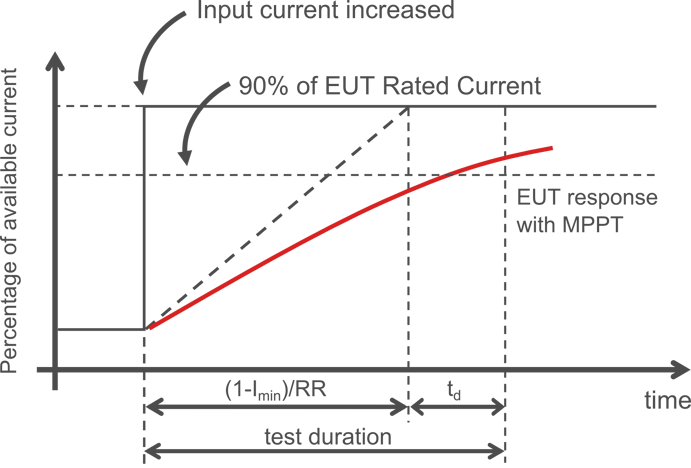 The unintentional islanding test is typically done in a test setup shown in the figure below.  It is done in such a way that RLC network impedance is tuned until all the inverter current is going into the RLC tank and none goes into the three-phase source.  At that moment, the three-phase source is disconnected and the inverter under test needs to rapidly detect the unintentional islanding connection and rapidly disconnect.

This test is repeated for different levels of the RLC network detuning from the zero current condition. 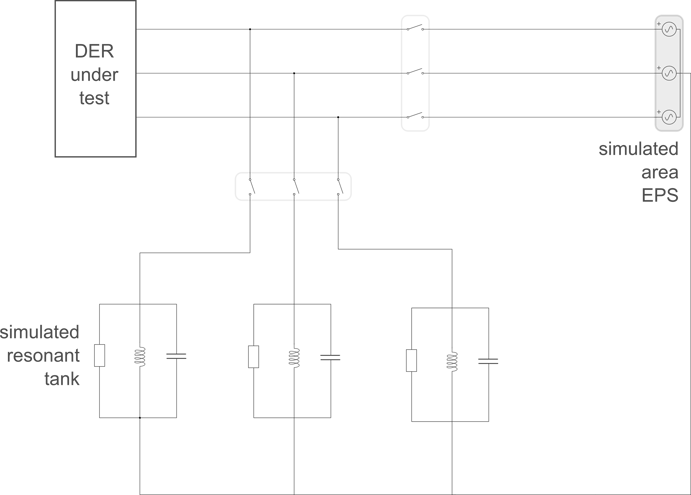 Although these 7 smart inverter tests don’t impose any radically new requirements on smart inverter controllers, they require an incredibly broad spectrum of test cases that need to be covered.

Considering the number of test cases and the fact that all of these tests target inverter controller functionality, UL1741 SA testing and pre-certification lends itself perfectly to Hardware in the Loop testing (as well as other smart inverter grid codes such as BDEW etc.).  Watch on demand and view automatically generated test reports for BDEW pre-certification.

Indeed, all the tests can be implemented and testing can be automated with a ultra-high fidelity controller hardware in the loop setup where the inverter controller can comprehensively be tested and validated without the need for high power lab testing.