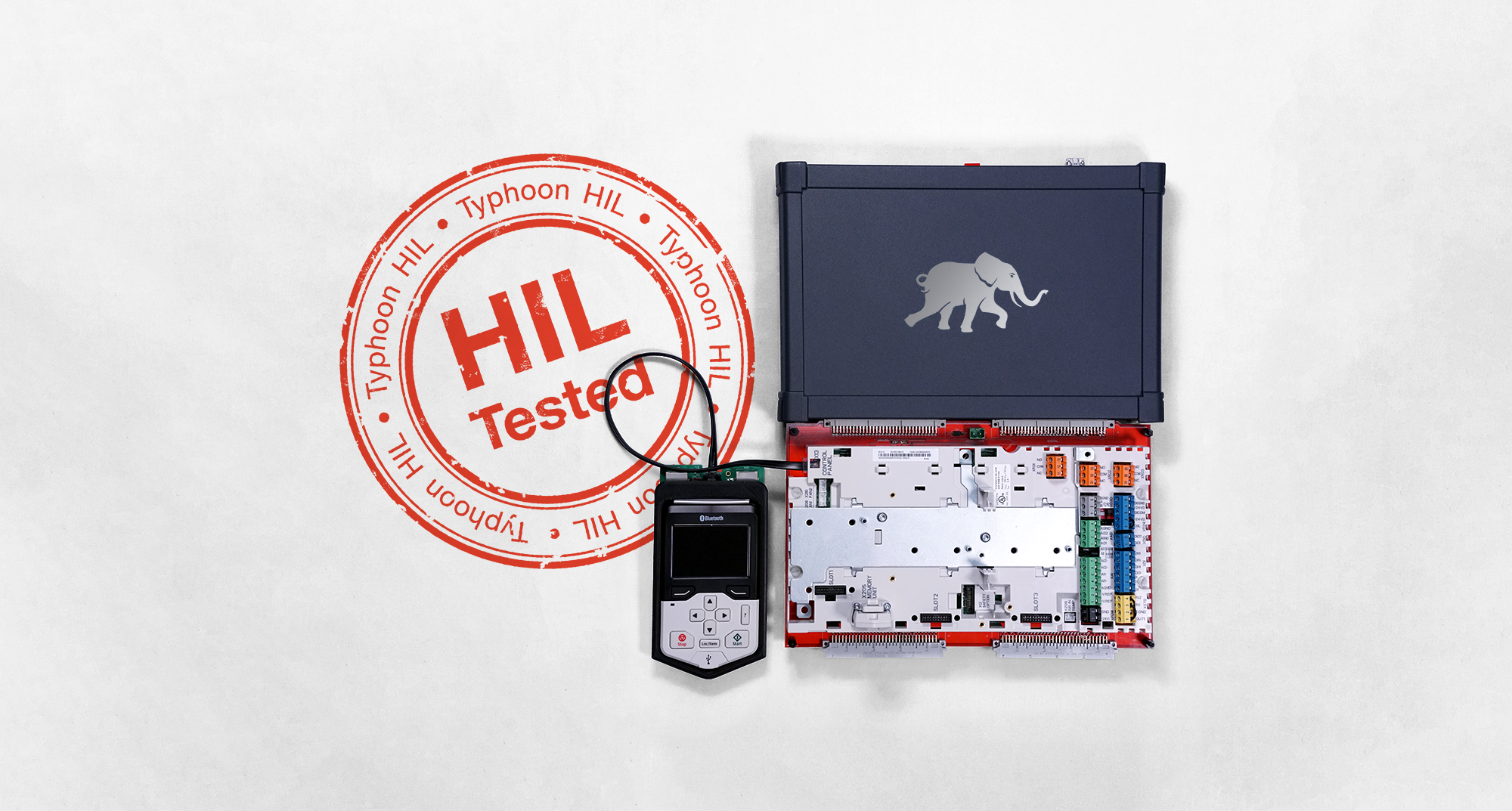 New technologies mean new tests, particularly when nanoseconds can be the difference between stability or failure. Practicing power engineers have been rapidly adopting Hardware-in-the-Loop (HIL) to perform real-time, high-fidelity validation of new devices as a way to address these needs. The use of HIL to connect hardware devices with software models, in particular, has grown, thanks to the exponentially lower testing costs and faster testing speed it provides. Critically, new developments in test automation and experience in equipment modeling are now allowing System Integrators to test their control schemes with HIL testing as well.

What does Hardware-in-the-Loop mean?

What is the C-HIL approach, and how to use it?

The C-HIL test method is the test procedure where the performance of the physical control system (hardware, firmware, and software) is tested against a mathematical model, simulated in real-time on the C-HIL platform. This approach has been used for decades in the automotive and aerospace industries as the method of choice when testing sophisticated control systems. By connecting controllers to the virtual plant model, simulated in real-time, they are able to test operating conditions that are hard and/or impractical to test in the lab in addition to being time-consuming and unjustifiably expensive.

These advantages have clear impacts on the reliability and quality of the performance systems under test. For this reason, component manufacturers that adopt and commit to the use of model-based HIL testing and validation can even qualify for a HILTested certification, which shows that the product performance and quality have been validated in a high-fidelity environment.

The main downside to the C-HIL approach is that integrating external controllers may require a dedicated signal conditioning interface between C-HIL device and the control system under test in order to properly connect the two, but the cost of this does not come close to the costs of building a full power lab.

A comparison of the C-HIL approach to the most common other testing methodologies: pure simulation-based approaches such as Model in the Loop (MIL) and Software-in-the-Loop (SIL); and Power HIL (P-HIL) Testing.

How do the controller and model connect?

Under traditional P-HIL methods, simple power cables would be wired directly from the elements of the power system to the controller in order to test the real power performance. With C-HIL, the power-flows occur within the model itself, meaning it is important to have an interface that allows the controller to “feel” as if it was controlling real power flows.

Inverter manufacturers and system integrators that have already developed HILCompatible controllers include ABB, EPC Power, Schneider Electric, and Woodward among others.

How can I do tests even faster?

Performing tests for new microgrid deployments often requires complicated test conditions that have to be repeated through many different validation scenarios. Planning these tests in advance can be very time-consuming, and some firms even hire dedicated Test Automation Engineers in order to automate these critical tests.

New tools like the TyphoonTest Automation Framework and TyphoonTest IDE allow Power Engineers to create powerful test scripts with detailed automated reports directly from the software interface, with little to no coding knowledge required. This means tests can be performed more quickly and with less overhead, freeing up engineers to devote significantly more time to designing a reliable system, instead of developing the testing process itself.

What does this mean for microgrid testing?

By using C-HIL for power electronics testing, device manufacturers can more easily ensure that their existing or new power electronics equipment is proven and HILTested for the unique challenges that microgrids provide. Making these controllers HILCompatible then allows System Integrators to simulate multiple options for system-level control using proven devices in a high-fidelity setting - drastically reducing both the costs and risks of designing and implementing new microgrids.